Sen. Amy Klobuchar shared the endorsement of The New York Times with Sen. Elizabeth Warren this week, one of several events indicating a wisp of momentum for our senior senator. Her legendary work ethic — which has taken her to all 99 Iowa counties in a replay of her approach here in Minnesota — seems to be paying off.

During a year in which Demcoratic voters are obsessed with electability, her argument is that she can win over the white working class voters who have abandoned Democrats in the middle of the country, citing her victories in Minnesota’s reddest congressional districts.

The Times bought it, but I was struck by a drive-by line in their endorsement: “Reports of how Senator Klobuchar treats her staff give us pause.”

Only people safely ensconced in the most elite institutions in America could read accounts of Klobuchar’s behavior — in their own news pages! — and decide they merit a “pause.”

Just after launching her presidential campaign last year, the Times talked to former aides and reviewed emails and came away describing Klobuchar’s workplace demeanor as “not just demanding but often dehumanizing.”

She was known to “throw office objects in frustration, including binders and phones, in the direction of aides.”

Low level aides were forced to wash her dishes and do other chores.

In an anecdote that became a national punchline, Klobuchar demanded an aide wash a comb she used to eat a salad on an airplane.

And for some, there was no escape: “She and her top confidantes could complicate the future job opportunities of some staff members who sought to leave, former aides said, sometimes speaking to their would-be employers to register her displeasure.”

A DFL source, who asked to remain anonymous for fear of retribution, confirmed this account. Desperate to leave Klobuchar’s office, this person got another job offer in government, only to have Klobuchar scuttle it to prevent the departure.

HuffPost had their own version in which aides would receive emails in the middle of the night berating their performance. “Adding to the humiliation, Klobuchar often cc’d large groups of staffers who weren’t working on the topic at hand, giving the emails the effect of a public flogging.

And Buzzfeed, too: “She ran a workplace controlled by fear, anger, and shame, according to interviews with eight former staffers, one that many employees found intolerably cruel. She demeaned and berated her staff almost daily, subjecting them to bouts of explosive rage and regular humiliation within the office, according to interviews and dozens of emails reviewed by BuzzFeed News.”

Klobuchar’s response to these stories was mostly to decline interviews and send out loyalists to praise her and the workplace environment. No denials of specific incidents, because there was so often a paper trail.

Indeed, as the Times story noted, “Saving potentially damaging emails from Ms. Klobuchar became something of a last-day ritual, the aides said.”

But then Klobuchar decided to try to turn this liability into an asset.

Asked about the allegations by CNN, she said, “When you’re out there on the world stage and dealing with people like Vladimir Putin, yeah, you want someone who’s tough.”

Berating a 20-something aide over a misplaced comma does not illustrate how “tough” you’ll be with Putin. It’s a sign of weakness and insecurity.

Democrats are supposed to be the party for underdogs, protecting people from price-gouging monopolists, racist police departments — and tyrannical bosses.

If you’ve never had a boss like this, count yourself lucky. It’s literally dreadful. Most full time workers spend more time at their jobs than in any other activity. And this one person has near total control over your economic life, which means you are dependent on someone who makes your life miserable. There are worse things, but you can probably count them on one hand.

Maybe this isn’t even a public policy issue, although a revitalized labor movement could provide us with a measure of protection from this scourge, which I suspect affects far more people than we know.

My own political hopes — no doubt shaded by the current occupant of the White House — are both more modest but in some ways more far reaching than the usual political discussion: An America that values simple decency.

If nothing else, we should at least talk about this issue more openly.

So tell me about your horrible bosses. I’ll be discreet if you need me to be: [email protected] 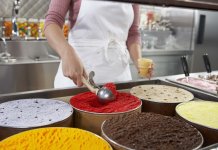