Of the 10 most in-demand jobs in Minnesota right now, only half pay the $15 an hour needed to meet the basic costs of living in the state.

And that’s assuming you’re single, with no kids or anyone else to support, don’t have student debt, can find a cheaper-than-average home, and can get 40 hours of work each and every week — not a typical scenario.

What are the most in-demand jobs? They’re mostly service jobs concentrated in health care, retail and food, according to the state Department of Employment and Economic Development. They’re jobs dominated by women and people of color, and they’re jobs which have resisted wage growth despite strong economic growth and record unemployment.

One continued source of pride for Minnesota is that we are better off than most of the country. Wages are higher on average and the cost of living is lower. But being relatively affordable doesn’t help much for a person working a job that doesn’t pay enough to get by. The latest job figures released last week don’t provide any reassurances about a richer future for working people: Wages grew a meager 2.9 percent, barely keeping pace with inflation.

Dawn Burnfin and many of the 75,000 other Personal Care Aides in Minnesota got a big raise this past year when the Legislature approved a 10 percent hike to their minimum wage, up to $13.25 an hour, ratifying a contract with the Service Employees International Union, or SEIU.

Personal Care Aide, or PCA, is the fourth most in-demand job in Minnesota, and one that’s expected to be among the fastest-growing in the coming years — with an estimated 30,000 new jobs by 2026 to help care for the state’s aging population. (Nursing aide and home health aide, two jobs providing similar services and similarly low-wages, also made the top 10 in-demand list and are also among the fastest growing).

A PCA job comes with a long list of responsibilities, which could include helping a client go to the bathroom, take a shower, take medication or eat using a feeding tube. Other times the tasks are household oriented like cleaning, scheduling appointments, and — in Burnfin’s case — unclogging a drain to save her client from a plumbing bill. There’s an often emotional component, as clients need simple companionship.

“It’s hard and it wears you down. And there’s some days you’re going, ‘I just cannot do it anymore’ . . . but you just keep doing it,” Burnfin said. “People will die if you’re not there. There’s no softer way to say it.”

Burnfin has worked as a PCA for 25 years and currently serves on the executive board of SEIU Healthcare Minnesota. The $13.25 an hour she gets now is the most she’s ever earned. (Gov. Tim Walz recently shadowed a PCA, calling for their wages to be raised even higher). For the past year Burnfin has worked 56 hours a week — about eight hours a day, every day.

Burnfin thinks she only took a handful of days off all last year, but she’s grateful for the hours. It’s rare to get overtime as a PCA. More often, work is part-time with ever-changing hours.

Burnfin’s current client is also her life partner, Baron Broussard, who’s disabled from multiple surgeries after a motorcycle accident, a bad knee and repetitive stress injuries from his 35 years working as a cook. (That’s the 11th most in-demand job in the state. Two other food preparation jobs rank 5th and 12th).

Broussard wanted to keep working, but it was clear he couldn’t keep going, Burnfin said. It got to the point where Burnfin went to his job in Hibbing to help him finish out his shift.

“I would go to the restaurant and work for him as a sous chef because he couldn’t use his hands,” Burnfin said. “So I was working two, three jobs at a time.”

He finally quit working a year ago on doctor’s orders, Burnfin says. Only having one paycheck for them and their youngest child, who still lives at home, has strained their finances even further. Burnfin says they recently had to take out a short-term loan with 138 percent interest just to pay the heating bill. It’s the first loan she’s ever gotten.

Things were still tight when Broussard was working. Burnfin says they got “lucky” when the house they were renting burned down five years ago. Lucky because it got them out of a place where they were paying $900 a month plus utilities into a house that costs them $500 a month.

They’re buying it directly from the seller as a contract-for-deed, which means they could be homeowners one day. But it also means they’ve assumed all responsibility for the maintenance of the house, which needs a new roof.

One common assumption about low-wage service workers is that they are young, unencumbered students who will quickly move on to better-paying jobs. But that’s not the norm. Recent research from the centrist Brookings Institution estimates that nationwide, nearly two-thirds of low-wage workers are in their prime working years, between 25 and 54 years old. And 40 percent are also raising children. The story in Minnesota is about the same.

“I’m not going to be a frickin’ rocket scientist at this point in my life. This is my career,” Burnfin said. “And I should be respected. Everybody doing this job should be respected. It’s a hard job. We may not need a 10 year degree to do this job, but you have to have one hell of a backbone, to have a thick skin, to have some stamina and to have one hell of a heart.”

Traditional economic theory would predict that when the economy is growing, productivity is increasing and we are near full employment, companies would raise wages to attract and keep enough workers. That’s how it’s worked for people with higher wage jobs, at least.

Astronomical executive pay is justified on the principle that without high pay, companies won’t be able to attract and retain the best and brightest executives. That’s why they make $1,680 an hour, $961 an hour, or $913 an hour. That’s the annual compensation — assuming a 40-hour work week — of the CEOs of three of Minnesota’s largest health care providers, Mayo Clinic, Health Partners and Fairview Health Services, respectively.

But the current economy hasn’t raised the pay of low-wage workers, much to economists’ surprise (including Federal Reserve Chair Jerome Powell).

Minnesota DEED predicts the state will add about 180,000 new jobs by 2026. Nearly all will be either high wage or low wage jobs. New jobs are just a small fraction of the 3 million or so jobs in the state, but it signals that the economy will continue to become increasingly unequal, little by little.

It was a difficult decision for Broussard to accept the help and get qualified for a PCA. It wasn’t a difficult decision to have his partner, Burnfin, be his aide. He didn’t want a stranger helping him shower and go to the bathroom. Burnfin would also be a reliable care-giver in a job with notoriously high turnover.

There is a higher churn in low-wage jobs. And that higher turnover, leading to more job openings, drives them higher in Minnesota DEED’s in-demand ranking, which weighs the number of vacancies, the size of the sector and unemployment claims. But just because people are leaving low-wage jobs at higher rates, it doesn’t mean they’re moving on to higher paid work.

Another recent analysis from the Brookings Institution found that low-wage workers rarely climb the economic ladder into higher-paid jobs, which increasingly require higher education. Instead, the working poor are staying poor while the rich are staying rich.

The high turnover of PCAs is bad for the clients, who benefit from consistency, reliability, and the skill that comes from experience.

Many PCAs work for their own family members. Sometimes because they can’t find anyone consistent, reliable and skilled for around $13 an hour. Which can start a chain reaction that ripples through the rest of the labor market.

For example, Stacie Zamora would rather work full-time as a nurse. She earns more than $50 an hour as a nurse at United Hospital. Her employer would also like her to work full-time. Nurse is the most in-demand job in Minnesota, with hospitals and doctor’s offices across the state struggling to fill thousands of open positions.

But Zamora’s 25-year-old son, Brentton Holzer, has autism and can’t live independently. And she says she can’t find a long-term, reliable PCA. So she splits her time between working overnights part-time as a nurse and caring for him during the day.

“In order for me to go to work, (PCAs) have to show up,” Zamora said. “I don’t get the option to just say, ‘Oh, I can’t come to work today because I can’t leave my son home alone.’ . . . And they’re notoriously inconsistent. I’ve found that many of them don’t take the job seriously. And why would you if you’re receiving low wages. It’s the type of job that people don’t usually do long-term.”

Zamora relies on her 24-year-old daughter, Bailey Holzer, to help. Between the two of them, they divvy up the 40 hours of paid care Brentton is eligible for, even though his needs don’t fit neatly within normal business hours.

That’s made it difficult for Holzer to start her own career. She earns about $17 an hour working in a job that is similar to being a PCA, helping people with severe mental health problems or traumatic brain injuries live independently.

She would earn more doing similar work if she had finished her bachelor’s degree. She was studying psychology at St. Catherine’s University but had to put that on pause when her grandpa died. He was paying her rent. Now, she lives at home so she can afford her monthly student loan payment on top of her other bills.

Holzer recently decided to accept full-time work at that job and not continue doing paid care for her brother.

“I have to do it at this point because I’m going to be 24 and if I stay working with my brother forever, there’s no opportunity for advancement. I’m kind of stuck at $16 an hour forever,” she said.

Zamora doesn’t know what she’ll do if she can’t find someone reliable to help with her son. One alternative would be a supportive living environment, like a group home. Zamora says that’s no alternative at all. Her son wants to live at home, and it’s also cheaper. And, group homes have the same difficulty finding staff.

“I did work in group homes prior to becoming a nurse so I know all about them and I do not wish that for him,” Zamora said. “With my son’s diagnosis, he needs consistency. He needs to trust the staff. And they usually pay the same amount as a PCA, so it’s really hard to keep staff at them.” 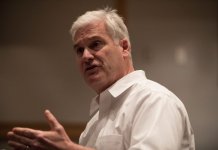 Rep. Tom Emmer on the rise in Washington and winning friends on Wall Street 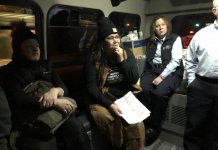 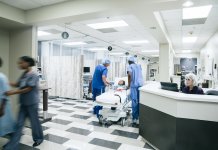 Can we shop for health care? A Minnesota Reformer colloquy